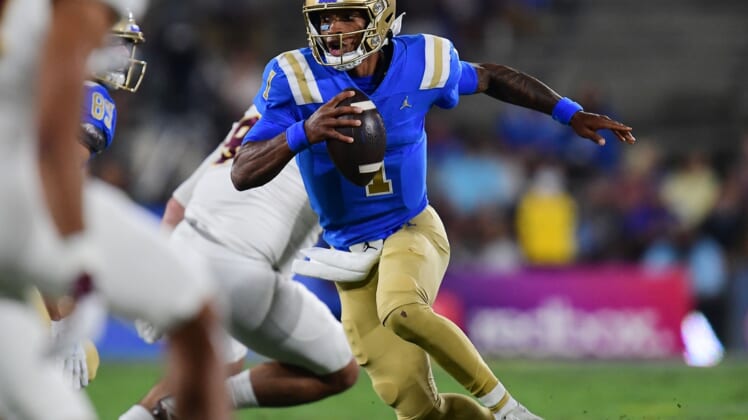 UCLA looks to shore up its defense and keep Arizona winless when the squads meet Saturday night in Tucson, Ariz.

The Bruins (3-2, 1-1 Pac-12) have allowed 40 or more points in each of their two losses this season, both of which came at home. They fell 40-37 to Fresno State on Sept. 18 and allowed 18 unanswered points in the second half last weekend in a 42-23 setback against Arizona State.

UCLA has given up an average of 20.3 points in its three victories.

“We’ll learn from this loss (to the Sun Devils) and those mistakes, and I’m confident we’re going to go out and beat Arizona,” Bruins linebacker Jordan Genmark Heath said. 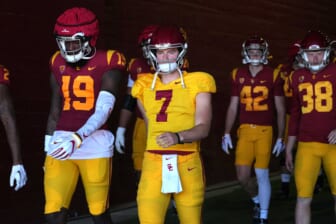 The Wildcats (0-4, 0-1) haven’t even scored 20 points in a game this season under first-year coach Jedd Fisch.

Fisch says there is a simple reason his team hasn’t been victorious. The Wildcats aren’t ready to win.

Fisch has ties to UCLA, as he served as the Bruins’ offensive coordinator in 2017. He ended up being interim head coach for the final two games — going 1-1 — after Jim Mora was fired.

Against Oregon, Fisch started South Florida transfer Jordan McCloud at quarterback, and the results were mixed. The good was that McCloud passed for 233 yards and one touchdown and rushed for 64 yards.

Regardless, Fisch appointed McCloud the starter for the rest of the season.

UCLA features a standout quarterback in Dorian Thompson-Robinson, who has passed for 1,154 yards and 10 touchdowns against just one interception. Thompson-Robinson also has rushed for two scores.

Thompson-Robinson passed for 235 yards and one touchdown and also rushed for 93 yards in the loss to Arizona State.

The Bruins can’t afford to slip up against the Wildcats if they want to make a run at the Pac-12 South crown.

“Every week is a battle in this league and you don’t really look at records, you don’t talk about it,” UCLA coach Chip Kelly said. “We don’t talk about conference record. It’s really irrelevant right now in the first week of October. We just have to get back on track, and we have to prepare to go play Arizona down in Arizona.”