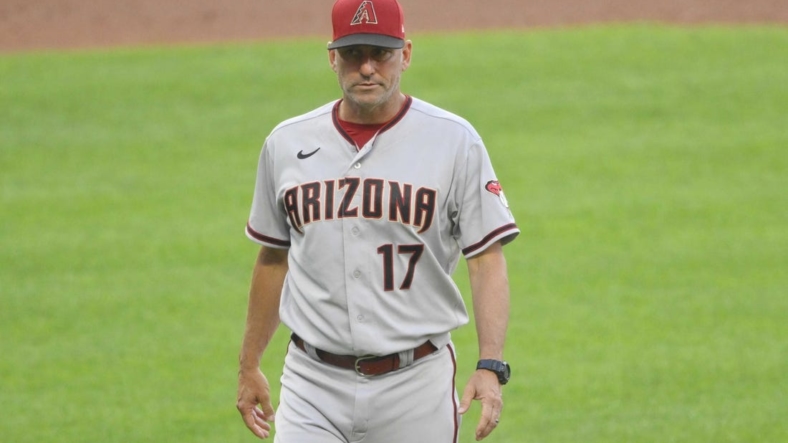 The Arizona Diamondbacks picked up the 2023 option on the contract of manager Torey Lovullo on Tuesday.

Lovullo is in his sixth season with the club and has a 397-438 record entering Tuesday night’s game against the Philadelphia Phillies. He’s won the most games by a manager in franchise history.

Lovullo, 57, guided Arizona to a 93-69 record and a playoff appearance in his first season in 2017. The club beat the Colorado Rockies in the wild-card round before being eliminated in three games in the National League Division Series by the Los Angeles Dodgers.

Last season, the Diamondbacks went 52-110 for the second-worst record in franchise history.

But Arizona is displaying improvement this season and is 60-67 with 35 games remaining. The club is undergoing a youth movement with Alek Thomas and Jake McCarthy in the outfield, and it recalled top prospect Corbin Carroll on Monday.

Carroll delivered a tiebreaking two-run double in Monday’s 13-7 win over the Phillies. It was his first major league hit and helped the Diamondbacks overcome a 7-0 deficit.