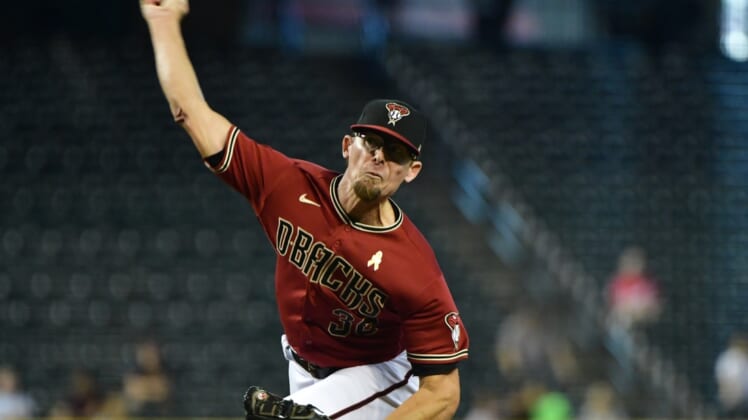 The Arizona Diamondbacks activated right-hander Tyler Clippard from the COVID-19 list prior to Monday’s road game against the Los Angeles Dodgers.

Clippard was placed on the injured list on Sept. 7. Arizona manager Torey Lovullo said at the time that the 36-year-old Clippard was experiencing COVID-19 symptoms.

Lovullo said later in the week that Clippard tested negative for the virus.

Clippard has been serving as closer over the past seven weeks and is 1-0 with five saves and a 2.65 ERA in 17 appearances. He missed the first half of the season with an injury to his pitching shoulder.

The Diamondbacks optioned left-hander Miguel Aguilar to Triple-A Reno in a corresponding move. Aguilar, 29, is 1-1 with a 6.43 ERA in nine relief appearances for Arizona.