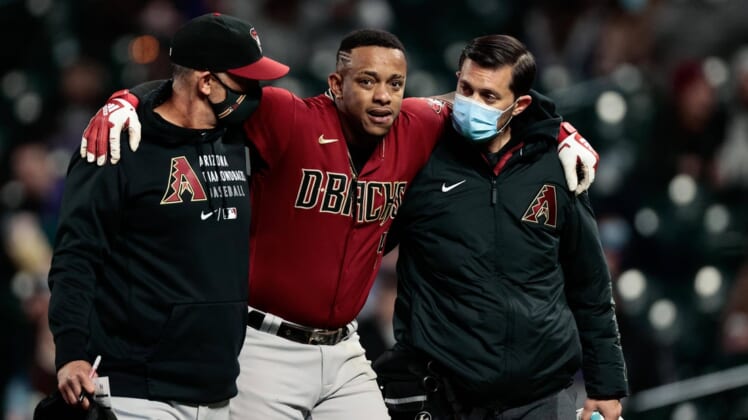 Marte will have an MRI on Friday, The Arizona Republic reported. In a corresponding move, the Diamondbacks recalled infielder/outfielder Andrew Young from the Taxi Squad.

Marte left Wednesday night’s game against the Colorado Rockies in the sixth inning after running out a grounder to third base. Marte pulled up before reaching first base and had to be helped off the field.