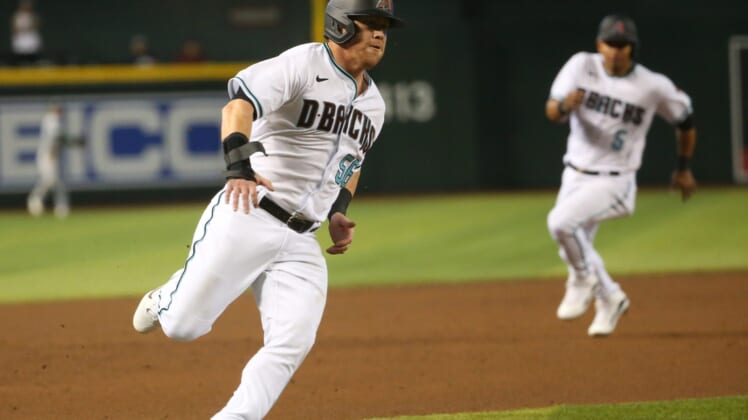 Arizona Diamondbacks’ Kole Calhoun (56) rounds third before scoring ahead of Eduardo Escobar (5) against the Oakland Athletics during the third inning at Chase Field in Phoenix April 13, 2021.Athletics Vs Diamondbacks

Calhoun, whose surgery on his right meniscus caused him to miss the start of the season, was hurt during Tuesday’s win over San Diego. He carries a .292/.333/.479 line with two home runs in 51 plate appearances.

Prior to this season, Baseball America listed him as the big leagues’ No. 67 prospect.