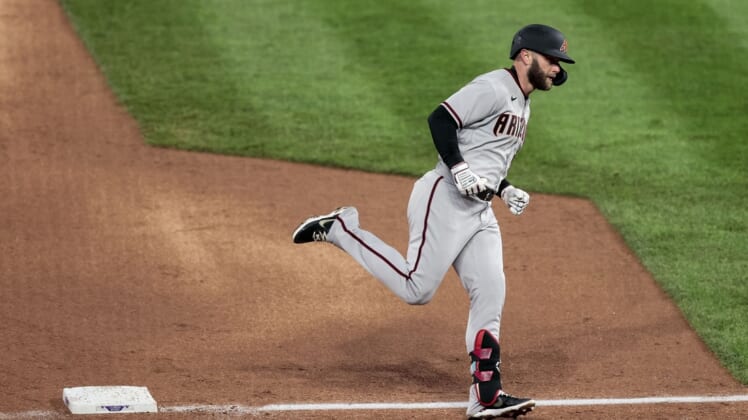 The Arizona Diamondbacks placed first baseman Christian Walker on the injured list because of a strained right oblique.

Asdrubel Cabrera was set to start at first base for Arizona on Monday night against Oakland.

Walker, who was pulled late in Sunday’s win over the Cincinnati Reds, has one home run and three RBIs through 10 games, although he has hit just .179 (7-for-39) in the early going this season.

Walker had to leave the Diamondbacks’ April 4 game in San Diego after being struck below his left eye by an infield throw.

The team recalled infielder Andrew Young from the alternate site.