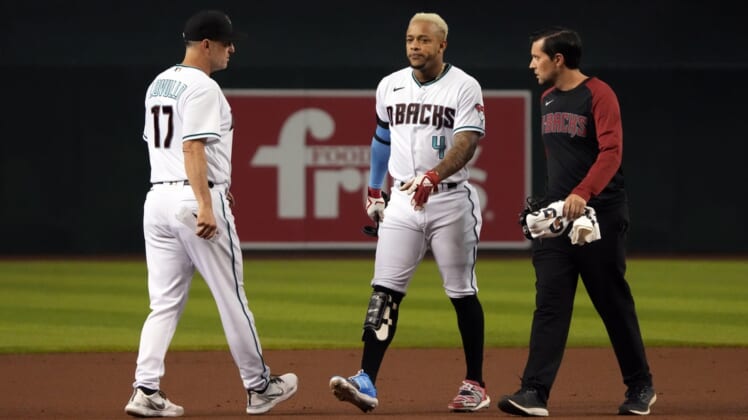 The 27-year-old hit a double but appeared to suffer the injury while rounding first base. Josh Reddick replaced Marte, with Pavin Smith moving from right to center field while Reddick took over in right.

Marte, who missed six weeks earlier this season due to a right hamstring strain, is batting .400 (30-for-75) with eight doubles, two homers and 13 RBIs over his last 20 games.

Marte has served as one of the few bright spots for the lowly Diamondbacks, who ended a franchise-record 17-game losing streak on Monday.