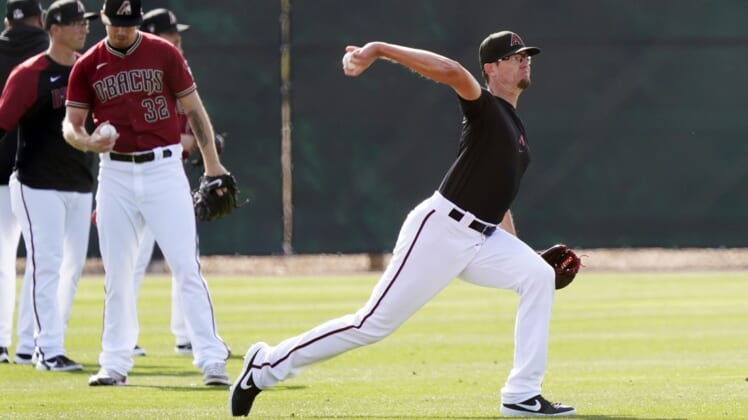 The 36-year-old veteran, who has played 14 seasons with 10 different teams, entered in the eighth inning against the Milwaukee Brewers. He faced seven batters with all of them reaching base on four hits, two walks and a hit batter.

“He just felt the discomfort as the inning was building,” Arizona manager Torey Lovullo said. ” … I felt like he was trying to spin his breaking ball up there, and he really couldn’t get a feel for it or get extension on it.”

In addition to giving up a three-run home run to Milwaukee’s Billy McKinney, Clippard threw a wild pitch that allowed a run to score.

In 777 career games, 14 starts, Clippard is 55-47 with a 3.13 ERA. He has 68 saves over 842 innings. Clippers is in his second stint with the Diamondbacks after pitching for the Minnesota Twins last season.