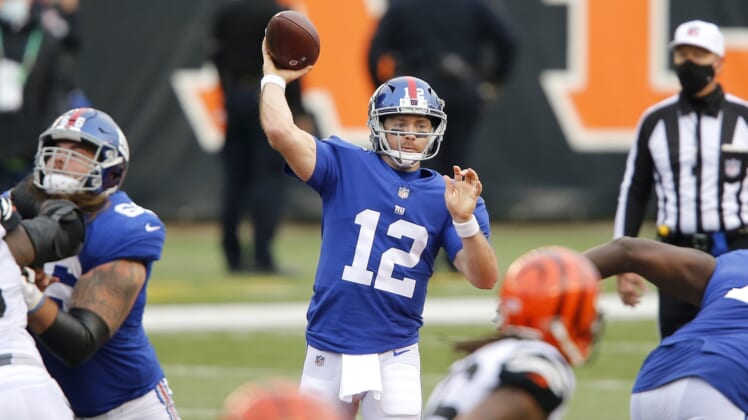 McCoy, 34, spent last season with the New York Giants. He appeared in four games, including two starts, and completed 60.6 percent of his passes for 375 yards, one touchdown and one interception while posting a passer rating of 75.0.

In 44 career games (30 starts), McCoy has passed for 6,455 yards, 30 touchdowns and 28 interceptions. He has played for the Cleveland Browns, San Francisco 49ers, the Washington Football Team and New York.

Cleveland drafted McCoy in the third round (No. 85 overall) out of Texas in 2010.