The Arizona Cardinals signed cornerback Darqueze Dennard to a one-year contract on Thursday.

Financial terms were not disclosed by the team for Dennard, who is expected to provide depth at the position.

Dennard will be reunited with Cardinals defensive coordinator Vance Joseph, who was his defensive backs coach in 2014 and 2015 with the Cincinnati Bengals. 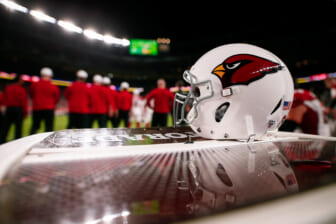 Dennard, 29, recorded 36 tackles and one interception in eight games (six starts) last season with the Atlanta Falcons. He has collected 310 tackles, four interceptions, three sacks, three forced fumbles and a fumble recovery in 85 career games (30 starts) with the Bengals and Falcons.

The Bengals selected Dennard with the 24th overall pick of the 2014 NFL Draft.

The Cardinals waived injured wide receiver Krishawn Hogan to make room on the roster for Dennard.