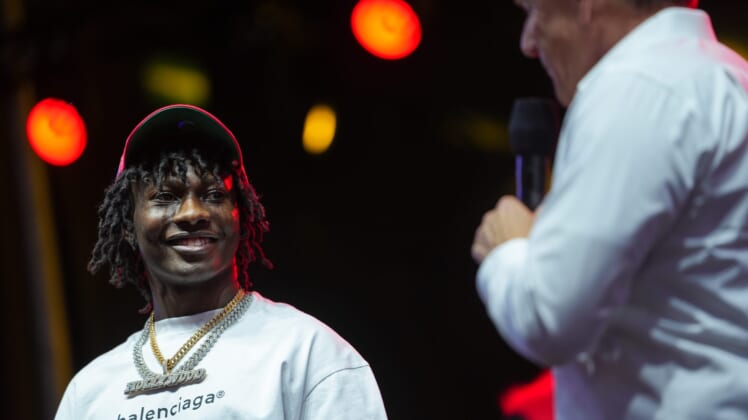 Marquise Brown, one of the Arizona Cardinals’ biggest acquisitions this offseason was reportedly arrested for speeding this morning.

On Wednesday, ArizonaSports.com broke the news that Brown, 25, was picked up by police at 7:05 AM PT while speeding in an HOV lane. The Arizona Department of Public Safety confirmed to the outlet that the talented wide receiver was arrested and charged with “criminal speeding.”

In Arizona, “criminal speeding” occurs when a driver exceeds a posted speed limit by 20 MPH or more. This kind of charge is a class 3 misdemeanor in the state and comes with a maximum penalty of 30 days in jail, a $500 fine, and up to one year of probation.

Marquise “Hollywood” Brown’s start to his tenure in Arizona has not gotten off to a good start. Firstly, he was put on the non-football injury list to start training camp last week because of an apparent hamstring injury. He has still yet to take part in drills for his new team this summer. Now, with the news of his arrest, it is unclear when he will take the field or if there might be any penalties handed down by the NFL.

Brown was traded by the Baltimore Ravens to Arizona — along with a third-round selection — on draft night for the Cardinals’ pick at 23. The move was one of the more notable additions Arizona made during what was a pretty quiet offseason for the team. 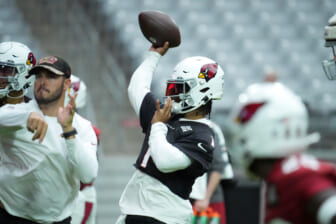 After being taken with the 25th pick in the 2019 draft, Brown consistently improved each year during his three seasons in Baltimore. In 2021 he had his best year yet when he pulled in career highs in catches (91), and receiving yards (1,008), to go along with six touchdowns.

Brown is projected to be the team’s #1 receiver for the first six games of the season with top wideout DeAndre Hopkins currently serving a six-game suspension for a positive drug test.