Collins, the No. 16 overall pick, recently signed his rookie contract with the Cardinals. The 6-foot-4 linebacker out of Tulsa is expected to be an instant contributor for Arizona’s defense this season.

According to TMZ Sports, officers pulled Collins over in Arizona after they spotted him speeding and driving recklessly. The 22-year-old inside linebacker was staying in the region with NFL training camp just a month away.

A unanimous All-American selection and recipient of the Bronco Nagurski Trophy and Chuck Bednarik Award, Collins was one of the best defensive players in the 2021 NFL Draft class.

While Collins will likely face discipline from the team, he should avoid a suspension from the NFL. Robby Anderson avoided a suspension in 2018 after facing multiple counts for reckless driving. 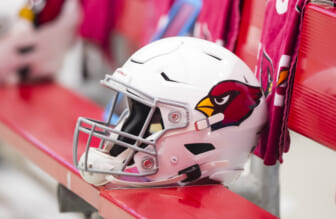