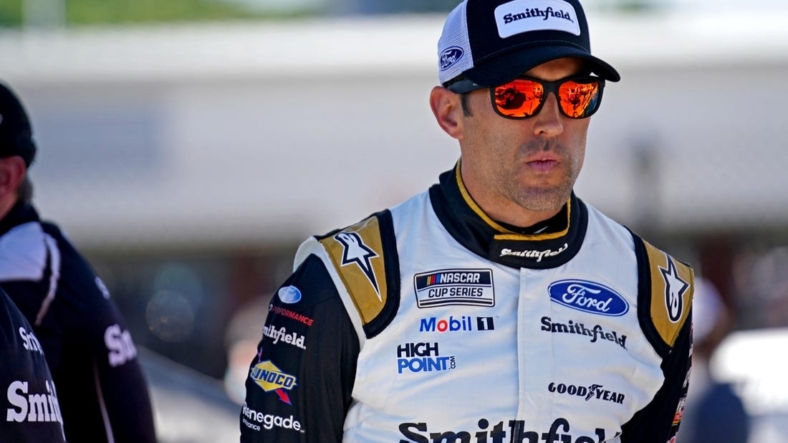 Veteran driver Aric Almirola said Friday that he has agreed to a multiyear deal to remain in the No. 10 Ford for Stewart-Haas Racing.

The 38-year-old Almirola had considered retirement but now appears set to stay on the track for at least two more years. He will continue to be sponsored by Smithfield Foods, a relationship that began in 2012 when he was with Richard Petty Motorsports.

“I’ve learned a lot this year and perhaps the biggest learning was to never say never,” Almirola said in a news release. “I came into this year ready to soak everything up, and I have. I already knew I had the coolest job in the world, but being with my family and being there for (wife) Janice and (children) Alex and Abby was really important.

“My desire to compete and win never wavered, but I didn’t want it to come at the expense of family. We found a way to accommodate both and I’ve never been happier.”

Almirola is still in contention for a post in the Cup Series Playoffs. He ranks 18th in the standings entering Saturday night’s Coke Zero Sugar 400 at Daytona International Speedway in Florida and need to win the race to crack the playoff field.

Almirola is completing his fifth season for Stewart-Haas Racing. Co-owner Tony Stewart is pleased he’ll be back.

“All of us at SHR are very happy to have Aric back in our Smithfield Ford Mustang,” Stewart said in a statement. “I’ve always admired Aric because he’s always working to better himself, to find a better way. This year is proof of that. We’re in a tough sport, in terms of the competition and in terms of the commitment it takes to compete at this level. Even with all that, Aric has found a way to compete and enjoy life. That sounds simple, but achieving it is hard, yet Aric makes it look simple.

“It’s one of his many attributes, and it’s one of the many reasons why he’s such a good fit for Smithfield and for us. I’m proud of him and proud to extend our partnership with Smithfield.”