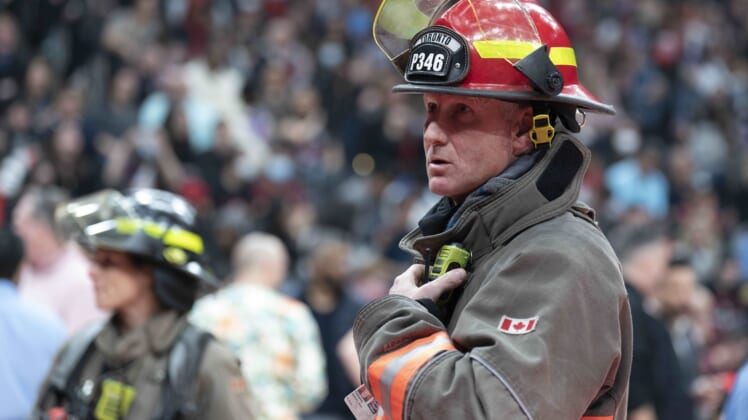 Saturday’s game between the Indiana Pacers and host Toronto Raptors was suspended in the second quarter due to a Scotiabank Arena speaker catching fire.

Fire marshals evacuated the arena with 4:05 remaining before halftime and Toronto leading 66-38.

The small electrical fire was initially spotted during the first quarter but the game continued before Toronto Fire Services called for the evacuation.

The Raptors, looking to climb out of the play-in round and earn a playoff berth over the closing weeks of the regular season, jumped out to a big early lead behind Pascal Siakam.

Toronto built a 41-21 advantage through the first quarter and built its largest lead by the time of the pause.

Siakam scored 15 points before the suspension and Precious Achiuwa scored 16 points off the bench.