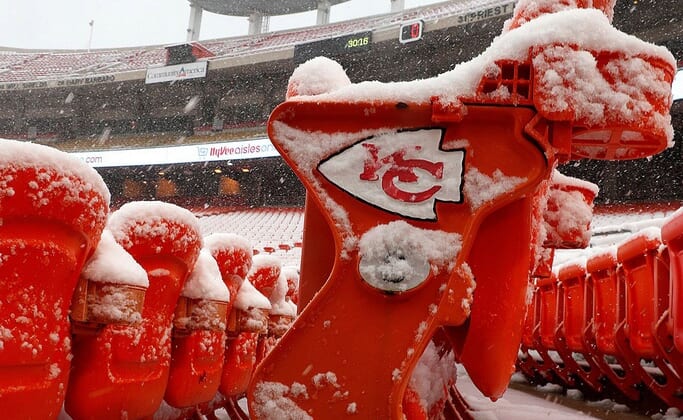 The AFC Championship Game between the New England Patriots and Kansas City Chiefs is going to be played in dangerously cold conditions if weather models are correct.

It’s going to be the late game next Sunday with kickoff scheduled for 6:40 p.m. ET.

A six-day forecast shows that an arctic blast will be centered pretty much right where Arrowhead Stadium is located, leading to temperatures between -5 and 10 degrees Fahrenheit, per Ryan Maue of weathermodels.com.

That’s insanely cold. If it holds up, it would be one of the coldest games in NFL history — the coldest of course being the “Ice Bowl” between the Green Bay Packers and Dallas Cowboys back in 1967. And the temperature model here isn’t taking into account any wind chill.

Needless to say, fans planning on watching this game live better be prepared. And folks, this time around let’s keep the snowball fights confined to the parking lot, okay?