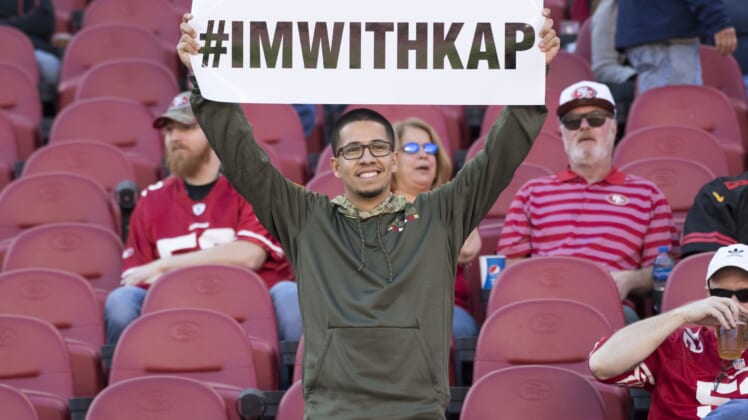 On Thursday, Colin Kaepernick won the summary judgement phase of his collusion case against the NFL, as arbitrator Stephan Burbank refused dismissal of the case.

Charles Robinson of Yahoo Sports provided this key update, noting the NFL specifically requested this arbitration in the hope that the case would be dismissed, while adding this is a “Huge blow to the NFL.”

What this means for Kaepernick is the arbitrator weighed the current evidence and essentially told the #NFL that its opinion of Kap not meeting a standard for collusion didn’t hold up in summary judgement. Basically, he’s seeing smoke. That’s a big win for Kaepernick’s side. https://t.co/C5MWAJMcmg

Kaepernick believes that NFL owners have colluded against him due to his protest during the anthem and subsequent actions regarding social justice. Many high-profile figures, such as Dallas Cowboys owner Jerry Jones and Denver Broncos general manager John Elway (among others) have been deposed as part of this case.

It could be successfully argued that many quarterbacks who have less of a resume and talent than Kaepernick have been hired since the end of the 2016 season, which was the last time he played.

In Kaepernick’s six seasons as a pro, he’s passed for 12,271 yards with 72 touchdowns and 30 interceptions, adding 2,300 yards and 13 touchdowns on the ground. Additionally, he led the San Francisco 49ers to the Super Bowl back in 2012.