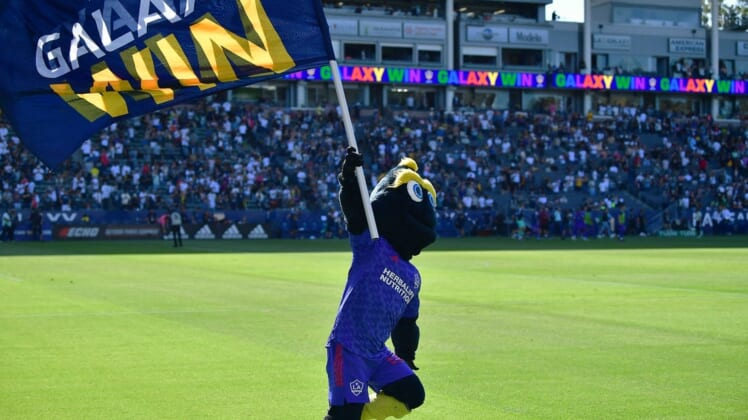 Apple TV will be the exclusive broadcaster of every Major League Soccer match under a 10-year deal that takes effect in 2023.

Apple and MLS announced their partnership on Tuesday. Soccer fans will be able to watch all live MLS matches as well as Leagues Cup and select MLS NEXT Pro and MLS NEXT matches through the Apple TV app. There will not be any local broadcast blackouts.

Financial terms were not announced. MLS commissioner Don Garber told Sports Illustrated on Tuesday that he couldn’t disclose the value of the deal, but Sports Business Journal said Apple guaranteed MLS a $250 million payday next year.

MLS and Apple will build a production studio. Matches will be presented in English and Spanish, with French-speaking announcers also calling the games of the Canadian-based MLS clubs.

Garber told Sports Illustrated that subscription options and prices have yet to be finalized.

“For the first time in the history of sports, fans will be able to access everything from a major professional sports league in one place,” said Eddy Cue, Apple’s senior vice president of services, in a news release. “It’s a dream come true for MLS fans, soccer fans, and anyone who loves sports. No fragmentation, no frustration — just the flexibility to sign up for one convenient service that gives you everything MLS, anywhere and anytime you want to watch.”

The MLS content will be available to those who have internet access and a device that can connect to the app, such as an iPhone or iPad; Apple TV; smart TVs; Amazon Fire; Roku; PlayStation and Xbox gaming consoles; Chromecast with Google TV; and Comcast Xfinity. Fans also will be able to watch on tv.apple.com.