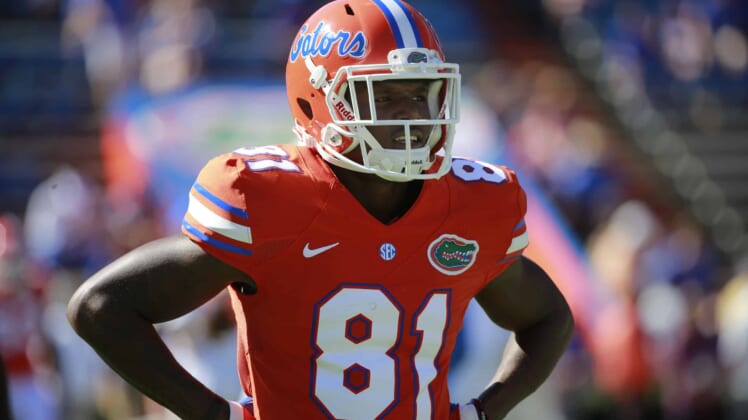 In addition to marijuana, Cleveland Browns rookie receiver Antonio Callaway had gun parts and bullets in his vehicle when he was pulled over for a traffic violation early Sunday morning.

On Tuesday, the news broke that Callaway had been issued a citation for possession of marijuana, along with driving on a suspended licence.

Then on Wednesday, TMZ shared dash-cam video that shows police also found “the backstrap of a Glock firearm and several rounds of ammo.”

“You can see the officer gets very serious when he finds the bullets and gun parts — ordering Callaway to put his hands in the air and stay put.”

You can watch the video here.

No doubt, those in the NFL league office will have a lot of questions about this. Callaway entered the league with some serious red flags.

He missed his entire 2017 season at Florida due to his involvement in a credit card fraud case, had multiple incidents involving marijuana throughout his college career and then tested positive for marijuana during the 2018 NFL Scouting Combine.

Callaway did not tell the Browns about his arrest Sunday, and then after the fact he reportedly claimed the weed found under the driver’s side seat was not his.

It’s going to be very interesting to see how the Browns and the NFL handle this case going forward.