Antonio Brown working out for the Saints on Friday 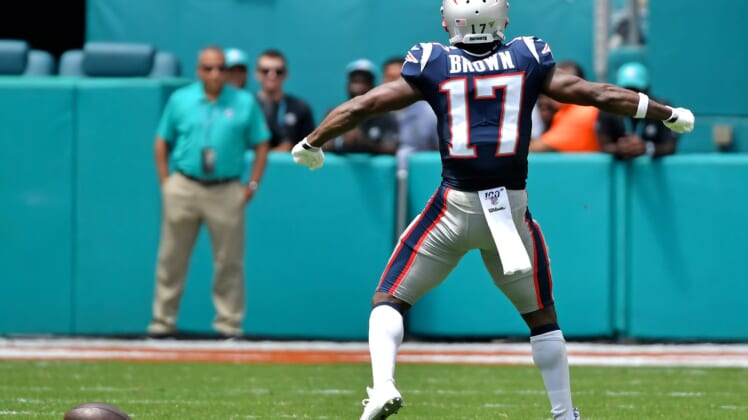 Free-agent star receiver Antonio Brown is visiting with the New Orleans Saints on Friday and will reportedly participate in a free-agent workout for the team on Friday.

Brown posted a picture of a signed free-agent waiver form on his Instagram and NFL Network’s Ian Rapoport confirmed that the All-Pro receiver is in New Orleans and set to be worked out by the team.

The 31-year-old star receiver has reportedly drawn significant interest across the NFL, however, his availability for the remainder of the season is in doubt following multiple sexual assault allegations against him.

The NFL has investigated the claims against Brown for months with teams expecting the league to step in and place him on the Commissioner’s Exempt List if he signed with a team.

Brown has also had his share of issues on social media. He blasted the NFL and hinted at retirement on Nov. 7 then clarified his statement the same day. He seemed to turn a corner after releasing an apology for his behavior a month later, before he went back to blasting the NFL just days later.

When he is on the field, Brown is among the best receivers in the game. A seven-time Pro Bowl and five-time All-Pro receiver, he would certainly be a huge addition to the Saints’ offense. If he impresses the team in the workout, he could certainly sign a deal today. However, it remains to be seen if he’d be allowed to play this season and in the playoffs given the NFL’s investigation.