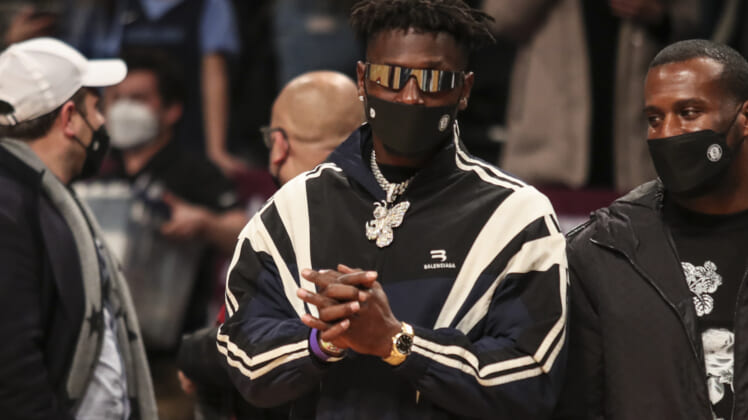 Although it has yet to happen, the Tampa Bay Buccaneers are fully expected to eventually release wide receiver Antonio Brown from his contract. While there are several rumors going around suggesting many possibilities as to why he has not been let go yet, one report has suggested the Bucs are hoping to prevent him from landing elsewhere, at least immediately.

Now, ESPN’s Jeremy Fowler and Dan Graziano are passing along bits from their sources that Brown isn’t likely to be signed by another NFL team in the “short term“.

This doesn’t mean much immediately. For one, Brown isn’t even able to be signed yet as he’s still technically under contract with the Buccaneers. Two, this could be yet another attempt by AB’s camp to influence the Bucs into releasing Brown now, as opposed to in a few weeks, or whatever the plan is. 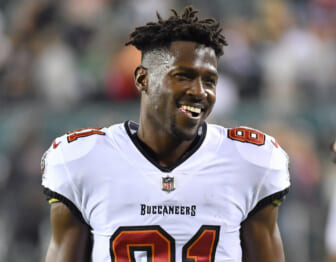 Lastly, saying Brown won’t sign anywhere else in the short term offers little clarity. Short term? What is that? A few days? A few hours? Depending on what exactly led to his demise in Tampa Bay, a team could very well sign him within a week. But, then again, if AB’s ankle is truly messed up as his camp suggests, how could he play elsewhere? Why would any of this matter?

To say the AB situation over the next few days and weeks will be an interesting case would be putting it mildly.

Meanwhile, the Buccaneers will move on without Brown this week, taking on the Carolina Panthers in the final game of their regular season. The following week, Tom Brady will lead his team to the Wild Card Round with Brown once again on the outside looking in.

Without Chris Godwin and now Antonio Brown, the Bucs will have to rely on other receivers to step up as they look to repeat as Super Bowl Champions.