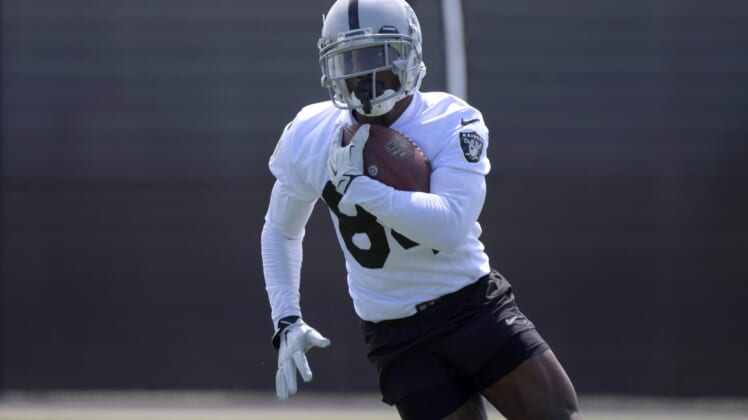 It’s just a matter of time before we hear from embattled Oakland Raiders wide receiver Antonio Brown on social media following reports that the team has suspended him.

Brown was reportedly suspended for conduct detrimental to the team after getting into a heated exchange with general manager Mike Mayock on Wednesday.

The petty is real with this one. What did Carr do outside of welcoming Brown to the team with open arms?

All of this stems from Oakland fining the former Pittsburgh Steelers Pro Bowler after he missed a majority of training camp stemming from an issue Brown had with the NFL’s new helmet policy.

It sure the heck looks like Brown’s Raiders career could be coming to an end before he’s played a single regular-season snap with the team.