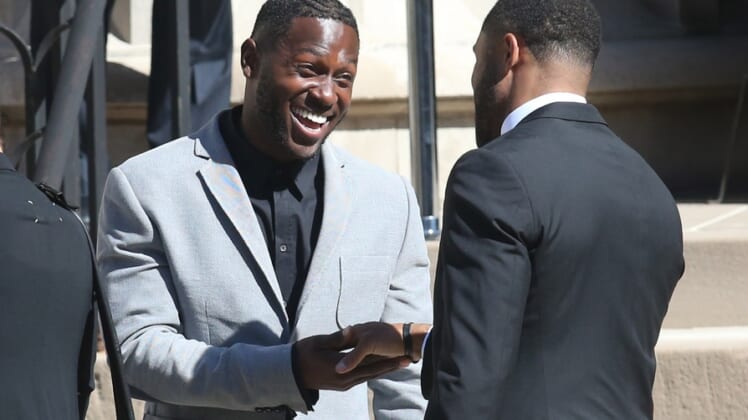 As the Antonio Brown trade sweepstakes heads toward its conclusion, it appears one team may be bidding against itself to land the star receiver.

On Wednesday morning, Josina Anderson of ESPN (who was spot on regarding the Landon Collins locker situation recently) shared that a league source told her that the Antonio Brown market had become a “one team race.”

Interesting take on Antonio Brown market from a league source, as of early this morning (in their opinion): "one team race…I think the other teams decided the price was too high."

That “one team” is almost certainly the Oakland Raiders, who have reportedly been the team most interested in Brown and have been on the hunt to land him since the Steelers made it clear they would try to trade him.

On Tuesday, reports emerged that other teams were pulling out of the hunt, which corroborates what Anderson shared.

A trade for Brown is said to be coming very soon, within the week. Barring a surprise development (something nobody should discount), it appears Brown will be wearing Silver and Black next year for the Raiders.