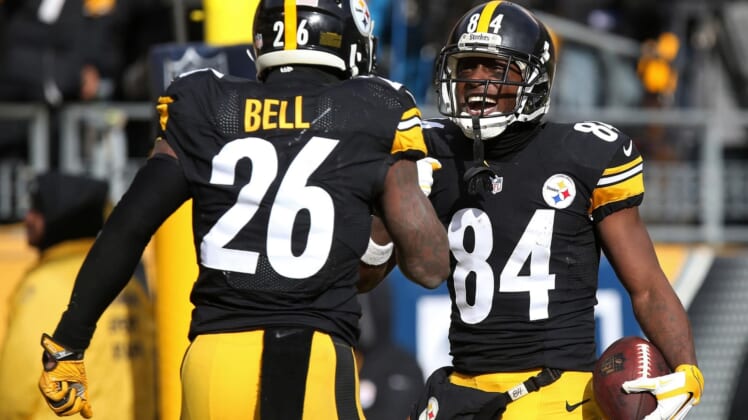 There’s a pencil and paper there indicating Brown is encouraging Bell to sign his $12.12 million franchise tag. It was the second such message Brown had for Bell in as many days.

Bell and the Steelers failed to come to terms on a long-term deal before the July 17 deadline. The fifth-year running back recently said he wants to be paid like a top tier running back and a No. 2 wide receiver.

Bell turned down a deal that would have paid him slightly more than $12 million per season.

Brown clearly wants Bell to sign the franchise tender, return to the team and make a run for Super Bowl LII.

This might be easy for Brown to ask considering the Steelers just made him the highest paid receiver in the league. But that did not happen without Brown waiting patiently for multiple years while other league receivers got paid first.

The same patience is now being requested by AB.