REED: Antonio Brown only hurting himself with social media antics 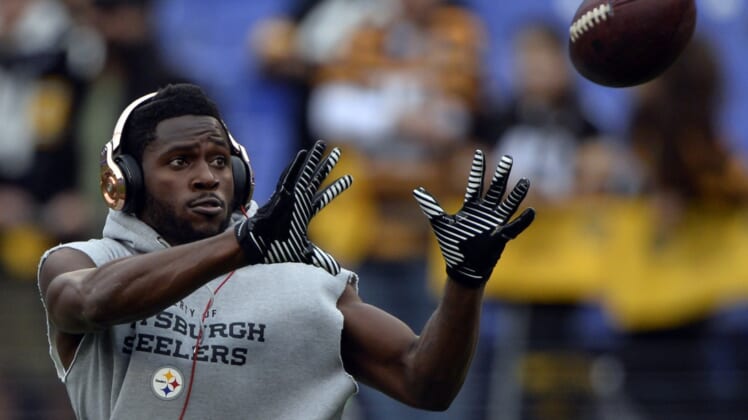 Antonio Brown has ratcheted up his social media game of late, at times taking aim at the Pittsburgh Steelers and Ben Roethlisberger. Likely seeing it as a way to force his way out of Pittsburgh, Brown’s antics are now only serving to hurt his own cause.

On Monday, Brown went on Instagram Live for over nine minutes and basically said his next team is going to need to pay him guaranteed money.

“If your squad want to win and your squad want a hungry wide receiver who’s the best in the whole world, someone hit my phone,” Brown said (h/t NFL.com). “Tell them I ain’t doing no unguarantees. I ain’t even gonna play myself no more for this NFL. … I think I done everything. What y’all think? What’s left for me to do? Win a Super Bowl? Gotta be the right team for that, right? … If your team got guaranteed money, they want to get to know me and work with me, tell them to call me.”

First of all, that statement is just a bit contradictory.

In the same line of thinking, Brown claims he’s “hungry” before essentially saying he has nothing left to prove except to win a Super Bowl. Then, after seeming to stress his desire to win a title, he makes it about money.

In the same IG Live session, Brown made it clear he’s over the whole “A.B.” moniker and now wants to be called “Mr. Big Chest.”

What Brown is doing will not spark joy for any team that might be remotely interested in trading for the star receiver.

If anything, his stock is likely tanking at an astronomical rate — his trade value was already reportedly way lower than you’d imagine even going back a couple weeks ago before he ramped up his social media activity.

Already seen as a potential risk due to his long history of locker-room trouble in Pittsburgh, and due to his recent domestic dispute with his daughter’s mother, Brown is in danger of turning teams completely off.

Essentially, he’s making his baggage weigh darn-near as much as his world-class talent, which is a truly remarkable achievement.