Antonio Brown hints he would welcome return to the Raiders 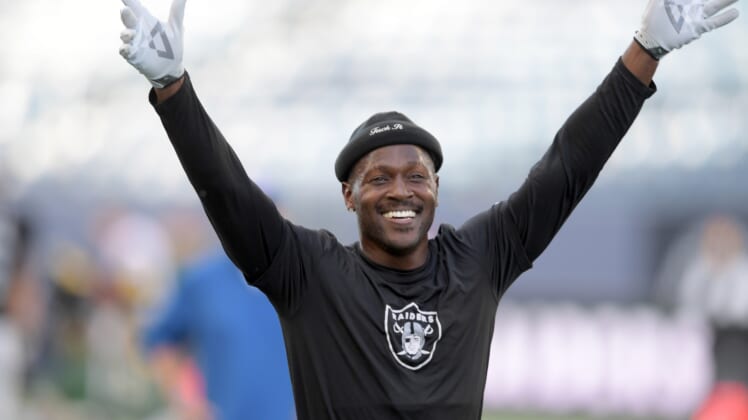 As Antonio Brown tries to earn his way back into the NFL, the star receiver seemingly hinted on Monday night that he might be open to rejoining the Raiders.

Brown, who said he is going to Indianapolis to meet with teams at the NFL Scouting Combine, tweeted a picture of himself in a Raiders hat and he seems open to the idea of a reunion.

Of course, joining the Las Vegas Raiders might be a little awkward given his pending grievance against the organization.

Brown started running into trouble with the organization almost immediately upon his arrival. After being fined more than $215,000 for conduct detrimental to the team, including a series of unprofessional behavior and a scuffle with teammates.

After voiding the nearly $30 million in guarantees owed to Brown because of the fine, which led to his grievance, the Raiders ultimately released the troubled receiver. He signed with the New England Patriots but was cut after the NFL launched an investigation into sexual assault allegations against him.

It wouldn’t be a surprise if an NFL team gave the 31-year-old receiver an opportunity in 2020, although he still might face discipline from the NFL. However, it’s improbable to think that second chance will come with the Raiders.