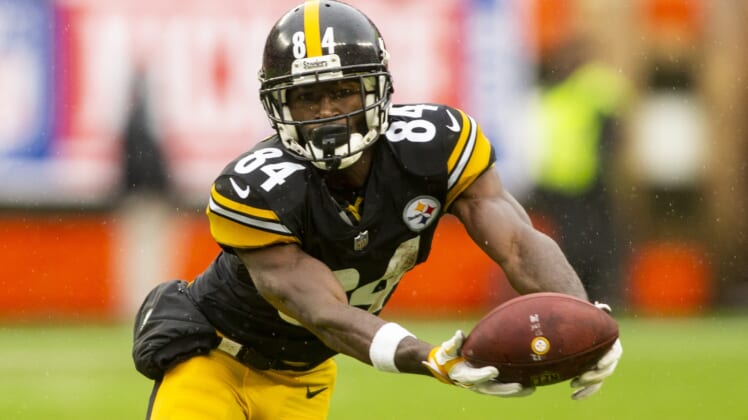 The domestic dispute between Antonio Brown and the mother of his daughter is taking yet another turn.

Following the news that he was investigated by police for a January incident in Florida, the police report from that incident was leaked Wednesday morning.

The report shows that the accuser is Brown’s daughter’s mother, and that she says he shoved her with two hands to the ground after she wouldn’t get out of his doorway (full details here).

Brown was not arrested, and his lawyer responded to the initial report of the incident by bashing the media and calling the claims “baseless and false.”

Following the leaked police report, Brown’s lawyer has once again issued a statement, which shows Brown’s family law attorney, Jaclyn Soroka, Esq. is going to “be filing an action with the Court today seeking full legal custody of his child.”

Antonio Brown's lawyer, Darren Heitner's statement to me on the incident report: pic.twitter.com/ApCosbcIKR

Once again, Brown’s lawyer, Darren Heitner also bashed the media and said it should “issue an apology to my client for harming his reputation without cause and without full report in their possession.”