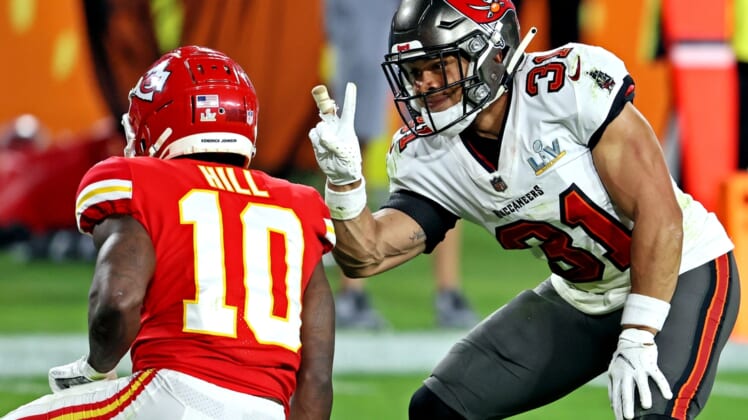 Winfield held up two fingers in a peace sign directed at Hill with the Buccaneers comfortably ahead late in the game. It mimics the signature gesture Hill frequently uses against defenders that he left in his rearview mirror.

That includes a Week 12 meeting between the teams when Hill racked up 269 yards and three touchdowns. Hill flashed the peace sign at Winfield as he ran past him in that game and also embarrassed the Buccaneers by back-flipping into the end zone on one of his touchdowns.

That game apparently stuck with Winfield.

“He back-flipped in front of my face, gave me the peace sign. So it was only right that I gave the peace sign right back to him,” Winfield said after the Bucs’ 31-9 win last Sunday.

“It felt amazing to be able to do that, not even gonna lie.”