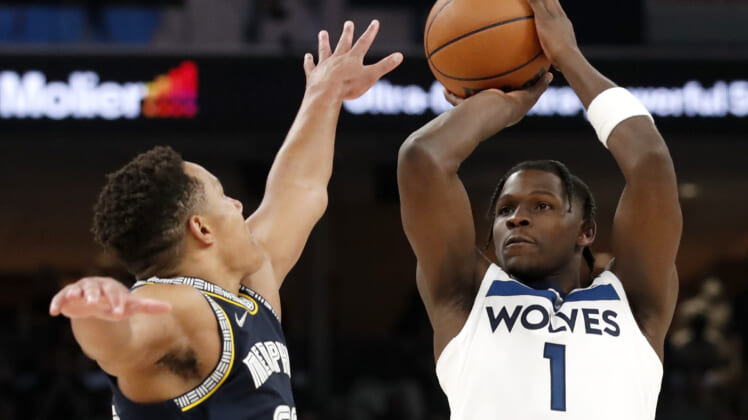 Just when it looked like the game was over between the Minnesota Timberwolves and Memphis Grizzlies, Anthony Edwards managed to get open on an inbounds play, hitting an incredibly tough three-point shot to tie the score at 109 with just 3.7 seconds remaining.

Grizzlies coach Taylor Jenkins then took a timeout to advance the ball, giving Ja Morant and Co. one final chance at making sure the contest wouldn’t go to overtime. The Timberwolves had one job, which was to prevent the Grizz from scoring and to definitely not allow any easy buckets, though it should be noted they did not have a foul to give.

Here’s what happened on the final play of the game, if you haven’t seen it yet.

As you can see, the Wolves handed them a win on a silver platter at the very end of the game. Once Ant made up his mind to reach for the steal, it was game over, with such a wide-open lane and only Jarred Vanderbilt there in his path.

For Edwards, he immediately admitted the mistake after the game, recognizing what he did wrong, and why his mentality was off.

“I had already had my mind made up that I was going to try to steal it. Dumb mistake. It’s over though. Can’t do nothing about it.”

To his credit, he owned up to the error and appears to have learned from it right away, which is refreshing to hear. As Edwards mentioned, it won’t change the outcome of Game 5, but it could be a lasting memory that helps him improve over time.

The next Grizzlies-Timberwolves game takes place at the Target Center in Minneapolis on Friday night. Tip-off time has not been announced yet.