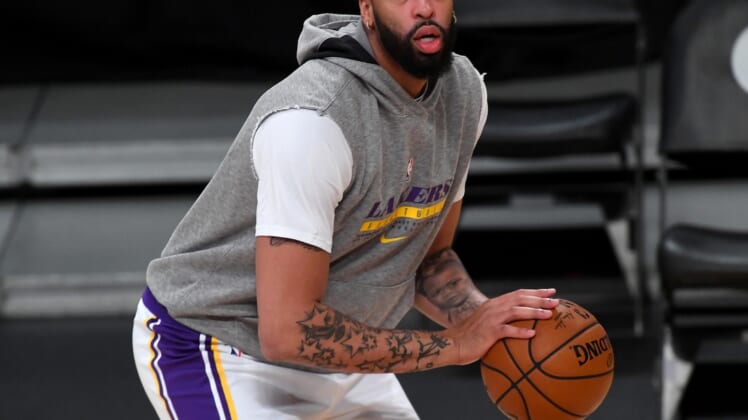 Los Angeles Lakers star Anthony Davis is on the cusp of rejoining the team for the stretch run toward the playoffs after missing 28 games with a calf injury.

Coach Frank Vogel said Thursday night that Davis has been cleared for full practice and could play next week. Davis was sidelined Feb. 14 with a strained calf and tendinosis in his right leg.

The Lakers are scheduled to host the NBA-leading Utah Jazz on Saturday and Monday, and Vogel said Davis is unlikely to play. When he returns, Davis will be on a minutes limit to start.

“Whenever it is that he returns, it’s not going to be a full return to playing 30-something minutes a night,” Vogel said. “Especially with the nature of practice and how shorthanded we are, he’s going to have to use some games to try to get himself back in shape. So the first two games he’s back will likely be short-minute performances.”

After Monday’s game, the Lakers will embark on a four-game road swing that begins Thursday night in Dallas.

There is still no estimate on the return date for LeBron James, who sustained a high-ankle sprain in a loss to the Atlanta Hawks on March 20. At the time, it was estimated the four-time league MVP would miss up to six weeks.