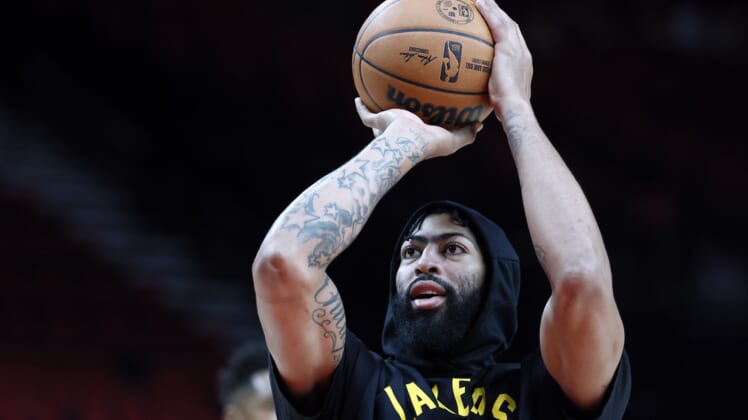 He was ruled out by the Lakers, who said the issue was non-COVID related.

Davis scored two points on 1-of-5 shooting and played just seven minutes. He pulled down three rebounds before exiting with 4:51 remaining in the first quarter.

The Lakers were already without LeBron James due to an abdominal strain. Davis was questionable coming into the game with a sprained thumb.

Davis is averaging 25.4 points and 11.9 rebounds per game on the season.