Another worker at Raiders’ new Las Vegas stadium has COVID-19 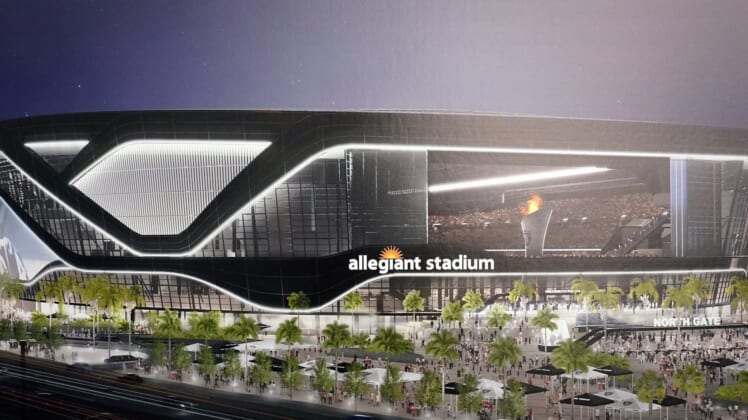 It’s looking more and more like the NFL’s grand unveiling of two brand new stadiums this coming season will have to be delayed due to the COVID-19 pandemic. That’s if the 2020 season starts on time.

We reported earlier on Friday that SoFi Stadium, the future home of the Los Angeles Rams and Los Angeles Chargers, have postponed events through July. The first preseason game in that venue is scheduled for August. This comes after the opening of said stadium was delayed. It was initially slated to open last season.

Now comes this piece of damning information from Mick Akers of the Las Vegas Review Journal indicating that yet another worker at Allegiant Stadium, the future home of the Raiders, has tested positive for COVID-19.

That’s now multiple individuals working on the new venue who have fallen ill to the virus. This could potentially lead to the Nevada government shutting down operations. Though, that’s mere speculation at this point.

Nevada Governor Steve Sisolak previously ordered the closure of all non-essential businesses and has implemented a stay-at-home order. The erection of Allegiant Stadium is still seen as essential at this time.

While this has helped flatten the curve in the Las Vegas area (2,836 cases statewide as of Friday afternoon), the likelihood that the Raiders will open their new digs with fan in attendance is decreasing by the day. This latest bit of information doesn’t help matters in that regard.