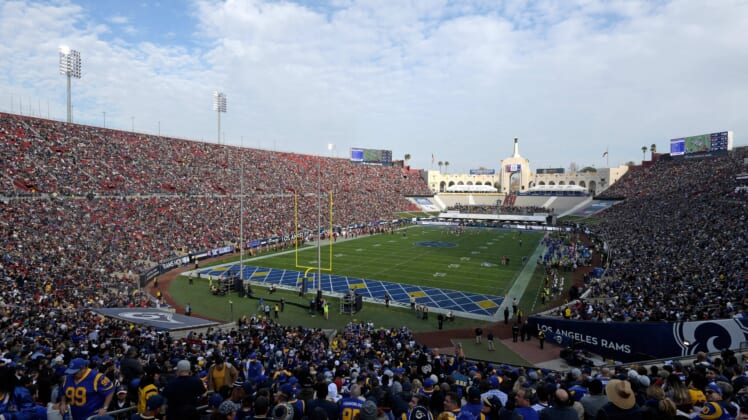 The start of the 2020 NFL season is just a few months away and the Los Angeles Rams are set to play in their new SoFi Stadium in Week 1 with an incredible matchup against the Dallas Cowboys. Unfortunately, that season-opening game might now be at risk.

While there was initial hope that work on SoFi Stadium would be completed by July, that was ruled out in April due to the COVID-19 pandemic. The stadium that was expected to be home for both the Los Angeles Rams and Los Angeles Chargers could now face further issues opening.

Due to delays in the project, the $5 billion stadium now might not even be ready for when the NFL season starts in September. While the NFL has been optimistic that its 2020 season would start on time and that confidence was reflected in the Rams playing at home in Week 1, a new reality is quickly emerging.

The NFL is considering pushing the start of the season back into October. The move, which would be unprecedented for the league, would allow for more time for the COVID-19 pandemic to improve and for SoFi Stadium to be completed.

Even if the project is finished and players can take the field for the first time in Week 1, recent comments from California governor Gavin Newsom suggest fans won’t be entering it anytime soon.

The Rams and Chargers now face greater uncertainty regarding where they will play early in 2020. Both teams could consider playing in Las Vegas. Of course, that would require Allegiant Stadium to be completed and to see its own reduction in workers testing positive for COVID-19.