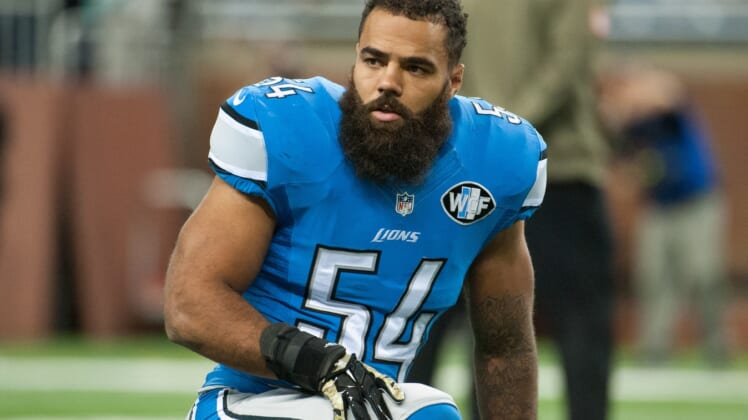 There’s now a logical debate happening around the NFL surrounding the use of marijuana as a medical alternative to painkillers.

The conversation was started by Baltimore Ravens offensive tackle Eugene Monroe when he began lobbying the league to consider the “drug” as an alternative to opioids, which have proven to have long-term health effects in the past.

Monroe’s stance is clear. He believes that marijuana can act as a healthier alternative to combat traumatic brain injury around the football world.

Normally opposed to much change as it relates to the what have to be considered archaic policies, the league itself actually took a step in the right direction on this topic, meeting with researchers of Monroe’s choosing to discuss medical marijuana.

At the very least, it appears the league is open to change here.

It now appears that Monroe has another supporter in the form of Detroit Lions linebacker DeAndre Levy.

After indicating that he stays away from pills, the seven-year veteran explained why he has an issue with painkillers.

“That’s a bigger issue, but I try to stay away from them (painkillers),” Levy said, via the Detroit Free Press. “It’s too easy to prescribe. Painkillers. Toradol. It’s just putting a Band-Aid on something, but we’re potentially developing a bigger issue for players when they’re done.”

Normally someone in Levy’s situation would be inclined to go the pill route. He missed all but one game due to a hip injury last season — an injury that itself brings a ton of pain with it.

Unable to get a prescription to marijuana due to the NFL having the drug on its banned substance list, Levy himself had to deal with a ton of pain throughout his rehab.

“I think it’s (medical marijuana) something that needs to be addressed,” Levy continued. “I know players, former, current and it was a time where it was very, very easy to get as many painkillers as you needed, as many sleeping pills as you needed. And if we’re talking about the health of our players, past their playing career, I think it’s definitely something that needs to at least be acknowledged and something looked into as there’s a lot of viable and growing body of research supporting it.”

It surely does seem like those within the professional football ranks are starting to trend in the direction of medical marijuana being considered a realistic alternative to opioid pain-killing pills. And for good reason.

As the United States continues to head in this direction, the NFL finds itself at a crossroads.

How can it legitimately say it cares about the health and well-being of its players when disallowing the players’ ability to actually take a substance that will help them deal with the pain involved in playing football?

How can it do so when research indicates that there could be positive effects on brain health when using the substance as a medical alternative to painkillers?

This will definitely be something to keep an eye on moving forward. In the face of tremendous push back from the general public regarding its handling of traumatic brain injuries, the league would be smart to continue researching this option.