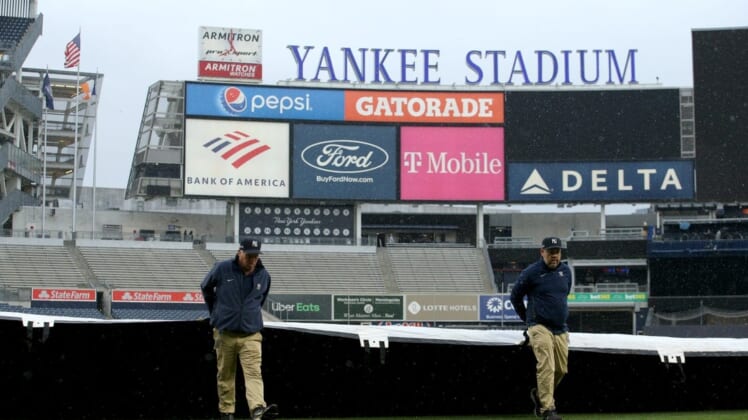 The Los Angeles Angels-New York Yankees game slated for Wednesday night was postponed due to a weather forecast of inclement weather in New York.

The game will be made up as part of a split doubleheader on Thursday, with the rescheduled game as the opener at 1:05 p.m. ET and the nightcap starting at 7:05 p.m.

The Yankees have not yet officially announced their starting pitchers for Thursday’s twin bill.

The Yankees won for the fifth time in seven games in Tuesday’s 9-1 rout over the Angels, marking a season-high sixth straight loss for L.A.