Angels’ Shohei Ohtani takes next step in return to the mound 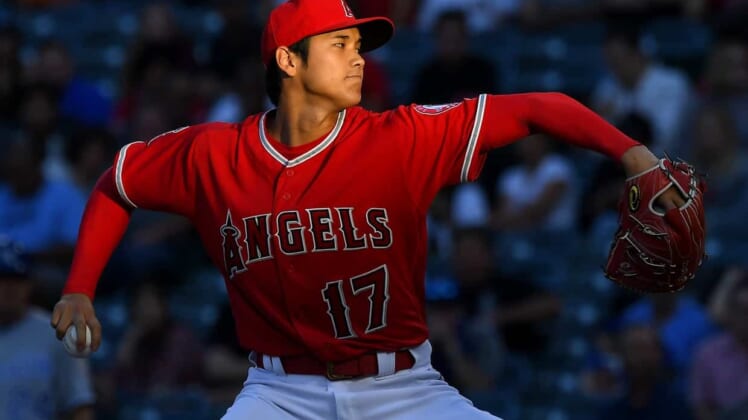 Two-way Los Angeles Angels star and reigning AL Rookie of the Year Shohei Ohtani took the next step in a return to the mound on Saturday.

The Angels announced that Ohtani threw yet another bullpen session, getting up to 80 mph on the radar gun in the process.

This is no small thing. The 25-year-old Ohtani has not pitched since September of last season. He underwent Tommy John Surgery following the season

While Ohtani is unlikely to pitch until spring training of 2020, this is a relatively good sign. It means that he has not suffered any setbacks in recovering from said surgery.

Thus far this year, Ohtani is hitting .283 with 15 homers, 43 RBI and a .348 on-base percentage. At the very least, he’ll continue to help Los Angeles at the plate until an eventual return to the bump.