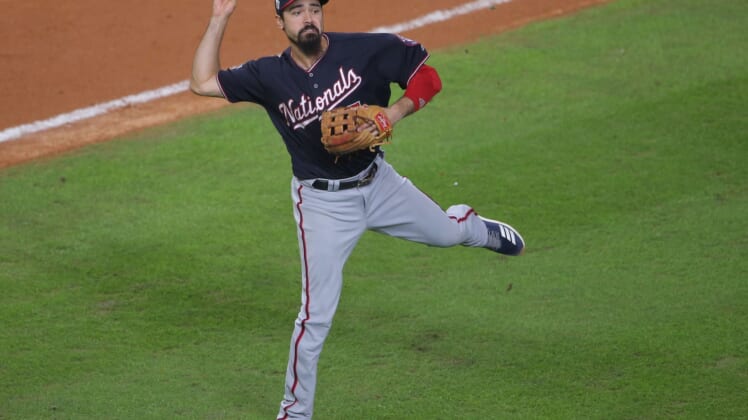 The Los Angeles Angels are going big-game hunting this winter. It might start and end with reigning AL Cy Young runner-up Gerrit Cole, but the team apparently has its eyes on another big fish.

According to Jon Heyman of MLB Network, Los Angeles is in on All-Star Washington Nationals third baseman Anthony Rendon. Owner Arte Moreno is said to like him a great deal.

Even after acquiring Dylan Bundy in a trade with the Baltimore Orioles earlier in December, Los Angeles is in need of more starting pitching help.

In no way does that mean the struggling team should ignore its lineup. Imagine someone as productive as Rendon protecting the game’s best player, Mike Trout, in the Angels’ lineup.

Whether this comes to fruition remains to be seen. While Moreno is set to open up his checking account this winter, adding both Cole and Rendon seems like a non-starter. It’s more than likely that Rendon would be more of a backup option.