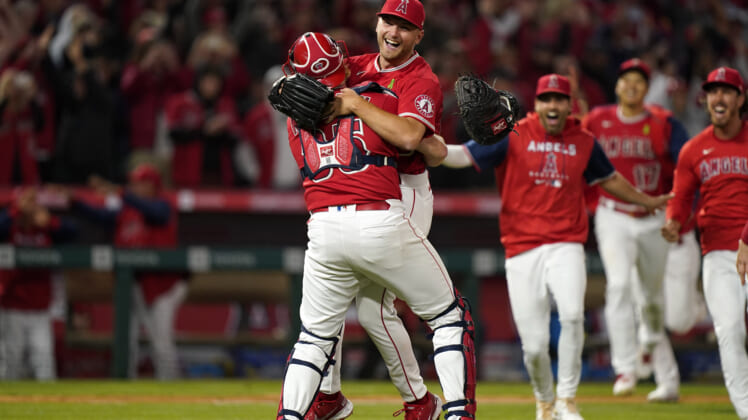 Detmers (2-1) walked one and struck out two while throwing 108 pitches. The 22-year-old University of Louisville product was perfect through five innings, then walked Taylor Walls leading off the sixth. Two batters later, Kevin Kiermaier grounded into a double play.

Yandy Diaz hit a routine grounder to shortstop for the final out.

The Rays’ only other baserunner was Brett Phillips, who reached on an error by Angels first baseman Jared Walsh in the seventh inning.

The Angels’ most recent no-hitter had been a combined job by Taylor Cole and Felix Pena in 2019 against the Seattle Mariners. The franchise’s most recent solo no-hitter was authored by Jered Weaver in 2012 against the Minnesota Twins.

The Rays were no-hit for the first time since they were the victims of a 2012 perfect game by the Mariners’ Felix Hernandez.

Los Angels got two homers from Mike Trout, who went 3-for-4 with three RBIs; a three-run shot from Chad Wallach and a two-run blast from Anthony Rendon.

Rays starter Corey Kluber (1-2) yielded eight runs on 11 hits in three innings. He struck out two and walked none.

Phillips, an outfielder, finished up on the mound for Tampa Bay. He allowed four runs in his lone inning.