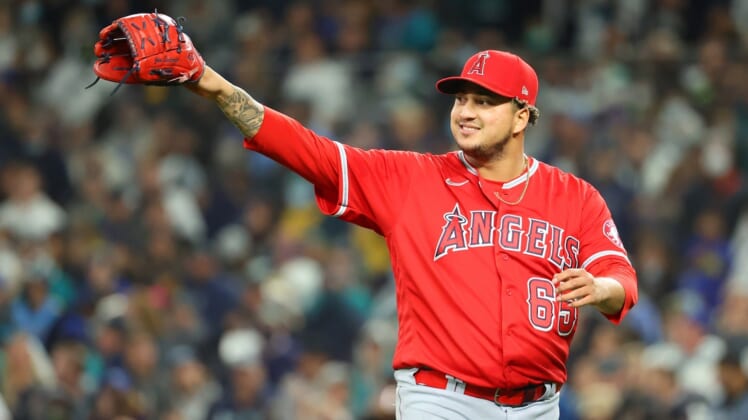 The Los Angeles Angels placed left-hander Jose Quijada on the 10-day injured list on Sunday due to a right oblique strain.

The Angels said the move was retroactive to Friday.

Quijada faced one batter this season, retiring Houston’s Michael Brantley on a flyball to end the seventh inning on Thursday. He warmed up in the bullpen on Saturday night but didn’t enter the game.

Tyler, 25, was just claimed off waivers Friday after the San Diego Padres designated him for assignment. He also was on the Angels last season and had a 2.92 ERA in five relief appearances.