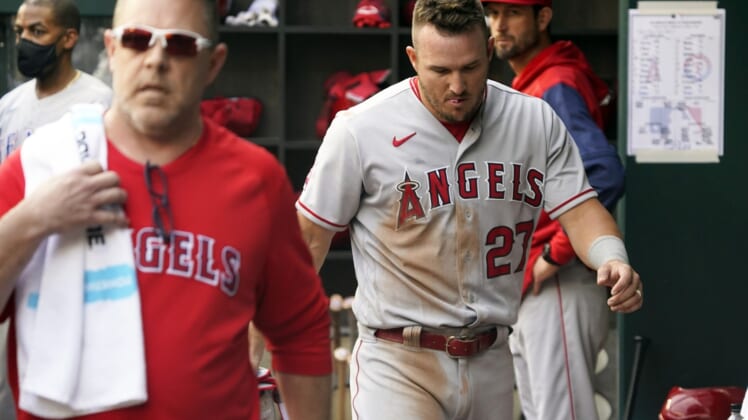 Angels center fielder Mike Trout was removed from the team’s Sunday game against the Texas Rangers after being hit by a pitch on the back of his left hand.

The full-count pitch from Rangers relief pitcher Spencer Patton hit Trout’s hand in the top of the fifth inning with the Angels leading 4-3. The severity of the injury wasn’t immediately known.

The nine-time All-Star and three-time MVP has gotten off to a slower start in 2022, batting .250 in 34 plate appearances through eight games entering Sunday’s action. He has hit two solo homers.

On Sunday, Trout was 1-for-2 with an RBI double and a run scored before leaving the contest.