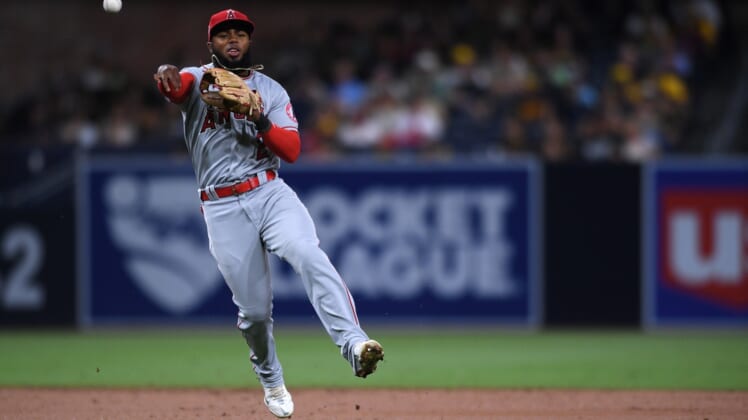 The 24-year-old allegedly forged divorce documents that enabled him to sell property in the country without his wife’s consent. His attorney, father and sister were taken into custody in connection with the case, and it wasn’t clear Wednesday whether Venezuelan authorities would pursue his extradition.

The Angels had yet to issue a statement as of Wednesday morning.

The Los Angeles Times said Rengifo allegedly forged the documents in July 2019, and his wife later discovered the documents and filed a complaint this month in court in Venezuela.

Los Angeles released released veteran shortstop Jose Iglesias earlier this month. With the team out of the pennant race, manager Joe Maddon intended to get a look at Rengifo and Jack Mayfield to assess their readiness for 2022.

Rengifo spent most of the season at Triple-A Salt Lake, batting .329 with eight home runs, 32 RBIs and 46 runs scored. With the Angels, he is batting .180 with four home runs and 10 RBIs.

He played Tuesday night in the Angels’ 9-3 loss to the Chicago White Sox and went 1-for-3 with a walk and two strikeouts.