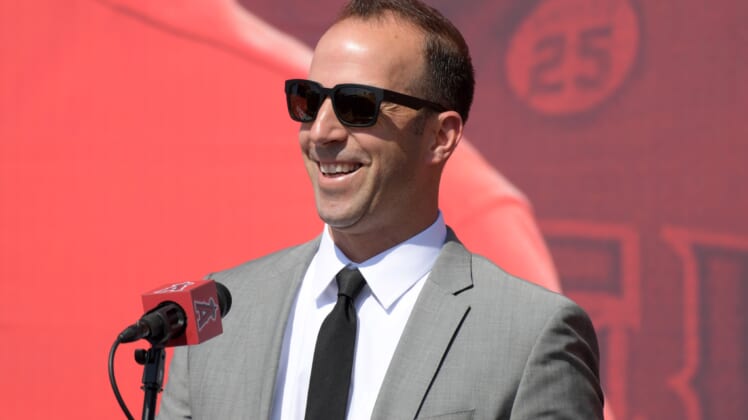 As the Los Angeles Angels enter the final month of another disappointing season, the team will now bring back general manager Billy Eppler for 2020 with the hope that everything finally comes together.

According to The Athletic’s Ken Rosenthal, Los Angeles is exercising its 2020 option on Eppler’s contract to retain him as the team’s primary decision maker in the front office.

While the Angels are heading for another sub-.500 season under Eppler, the organization likely believes there is plenty to be excited about for next season.

Outfield prospect Jo Adell, the No. 4 prospect in MLB, is expected to join Mike Trout in the Angels’ outfield next season. Los Angeles is also a potential favorite to sign Gerrit Cole, who grew up in Southern California and would add a Cy Young-caliber arm to the team’s rotation.