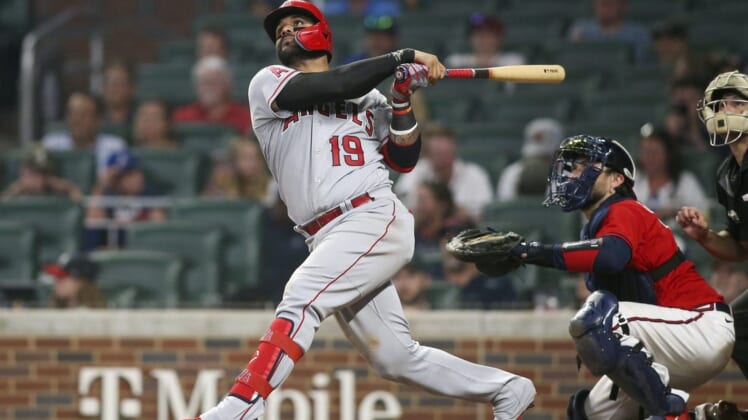 The Los Angeles Angels parted ways with veteran infielder Jonathan Villar, designating him for assignment Sunday while the club purchased the contract of outfielder Magneuris Sierra from Triple-A Salt Lake.

The Angels signed Villar to a contract July 2 after he was designated for assignment by the Chicago Cubs and released June 28.

Villar, a veteran of 10 major league seasons, was batting just .163 with a .451 OPS for the Angels in 13 games. He made two errors at third base in Saturday’s 7-2 road loss to the Atlanta Braves.

Sierra, 26, is being called up to the Angels for the first time. He has 233 games of major league experience over five seasons with the St. Louis Cardinals and Miami Marlins.