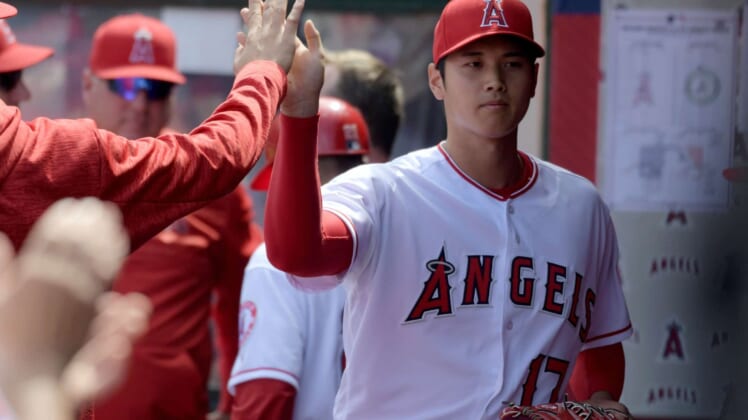 As both a hitter and pitcher, Shohei Ohtani was one of the stars of the early part of the 2018 season prior to getting hurt. He’ll have a chance to star again now, as the Los Angeles Angels activated him from the DL.

The Angels have activated Shohei Ohtani from the disabled list.

Additionally, Ohtani is in the lineup for Tuesday game against the Seattle Mariners, batting sixth.

This news was expected. Ohtani recently began swinging the bat again. Prior to his injury, Ohtani was hitting .289/.372/.535 with six home runs.

What remains unclear is when Ohtani will return to the mound. That will not be clear until Ohtani is re-evaluated in mid-July. There’s been a lingering fear that he might need Tommy John Surgery. As a pitcher, Ohtani posted a 4-1 record with a 3.10 ERA, 1.14 WHIP, and an 11.1 K/9 rate.

Ohtani’s last at-bat came on June 4, while he most recently pitched on June 6.