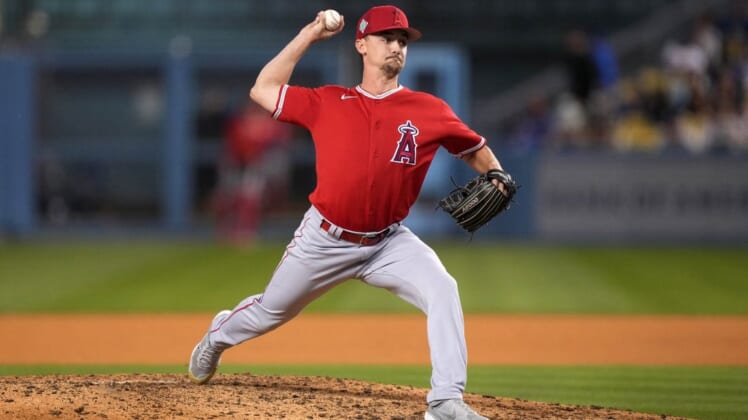 Warren has been sidelined since he was hit in the nose by a stray ball during batting practice prior to the Angels’ game against the Boston Red Sox on May 3.

Warren takes the available roster spot of right-hander Oliver Ortega, who was optioned to Triple-A Salt Lake following the Angels’ 11-6 win over the New York Mets on Saturday night.