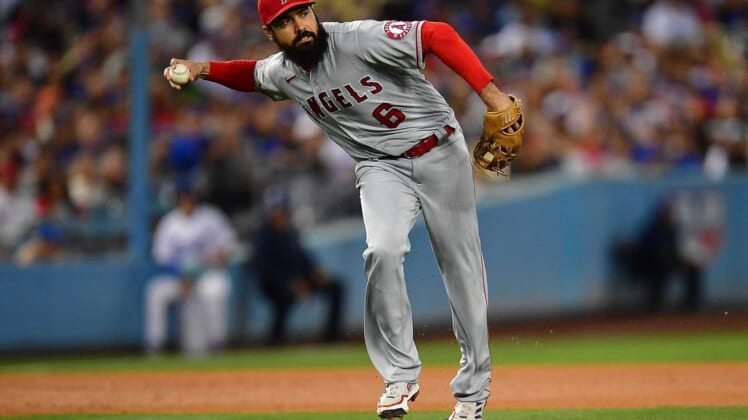 Los Angeles Angels third baseman Anthony Rendon will undergo surgery on his right wrist and miss the rest of the season, the team announced Friday.

The Angels said Rendon will undergo the surgery next week.

The latest setback for Rendon means he will have played in just 155 of a possible 384 regular-season games during the first three seasons of a seven-year, $245 million contract he signed as a free agent prior to the 2020 season.

Rendon played in just 58 games last season due to injuries, and eventually underwent surgery on his right hip in August. The 2020 season was limited to 60 games due to the coronavirus and he saw action in 52.

Rendon recently missed 13 games while on the injured list due to wrist inflammation and returned to action on June 10. But he reinjured the wrist in his fourth game back — Tuesday against the Los Angeles Dodgers.

Before joining the Angels, Rendon spent seven seasons with the Washington Nationals and helped the team win the 2019 World Series before cashing in as a free agent. He established career bests of a .319 batting average, 34 homers and 126 RBIs and made the All-Star team for the lone time in his career.