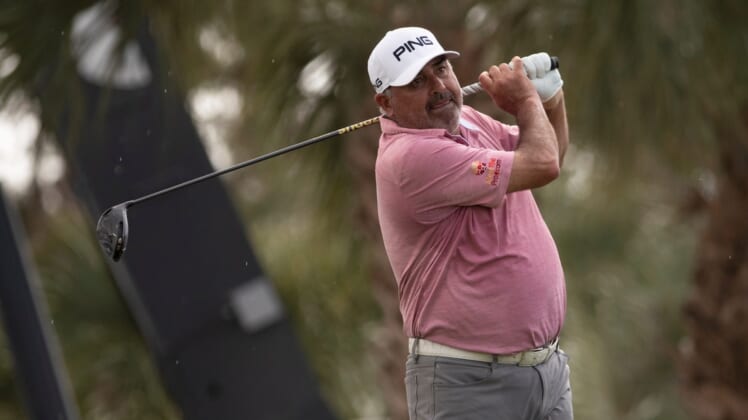 Angel Cabrera of Villa Allende, Cordoba, Argentina, tees off at the 10th hole during the first day of the Chubb Classic, Friday, Feb. 14, 2020, at Lely Resort in Lely, Florida.Ndn 0213 Ja Chubb Classic 065

Golfer Angel Cabrera was extradited from Brazil to his native Argentina on Tuesday in connection with multiple assault charges, multiple media outlets reported.

Cabrera, arrested in January in Rio de Janeiro on an Interpol warrant, was transferred to Argentine police custody in Puerto Iguazu. He reportedly was due to be moved Wednesday to Cordoba, where he is scheduled to stand trial next month.

Cabrera, a 51-year-old Cordoba native, won the 2007 U.S. Open and the 2009 Masters. His only other PGA Tour win came at the 2014 Greenbrier Classic. He was a five-time winner on the European Tour. 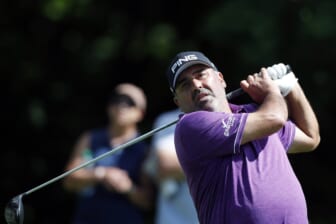 Last year, Cabrera played nine times on the 50-and-over PGA Tour Champions circuit, never finishing in the top 25 of an event. He last appeared in the PURE Insurance Championship at Pebble Beach, Calif., in September, where he withdrew before the final round.

According to multiple media outlets, Cabrera played the senior events in the United States without seeking permission from Argentine officials who had requested he do so while under investigation for assault. An international arrest warrant was issued, and Cabrera wound up being taken into custody in Brazil.