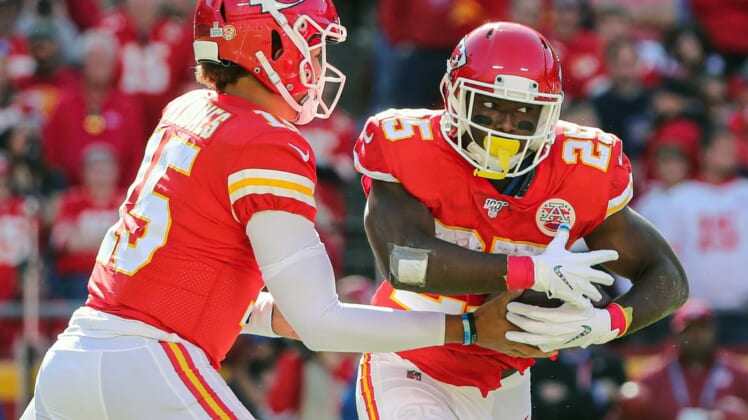 The Kansas City Chiefs surprised many people by making veteran running back LeSean McCoy a healthy scratch for Sunday’s game against Tennessee.

On Monday, one day after the Chiefs were stunned by the Titans, head coach Andy Reid hinted this may not be the only time it happens this season.

McCoy isn’t the superstar he once was, but he’s been able to produce fairly well this season for the Chiefs, putting up 500 yards and three touchdowns from scrimmage. However, the Chiefs have depth at the running back position, which gives Reid some leeway to sit McCoy for load management purposes down the stretch.

It makes perfect sense. McCoy is playing out his age-31 season and has a ton of mileage on his body. Also, the offense runs just fine, no matter who is lining up behind Patrick Mahomes on Sundays.