Andy Dalton returning to the Bengals next season? 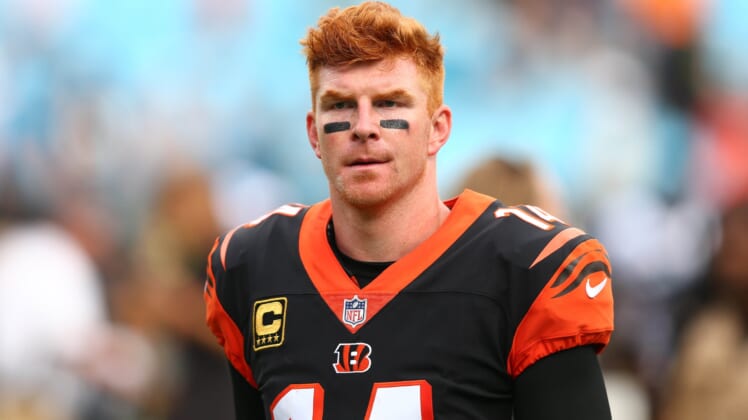 It’s certainly a time of change in Cincinnati. With new Bengals head coach Zac Taylor set to take over once his Rams compete in the Super Bowl, said changes are seemingly set to start at quarterback.

Longtime starter Andy Dalton is coming off an injury-plagued 2018 campaign that saw him miss the final five games to injury. The quarterback has also struggled big time in recent seasons — leading to speculation that Cincinnati will look in another direction.

“We’re very comfortable with Andy,” director of player personnel Duke Tobin told the Cincinnati Enquirer this week. “We think he’s got a number of years left. We feel like we can win with him. But with any position group, we don’t just throw away the whole draft board at a group just because we’re satisfied with who we have. We’ll evaluate them and look at them and see if there’s an opportunity to add a guy at every position.”

The report also went on to note that multiple individuals who interviewed for the head-coaching vacancy expressed confidence in Dalton.

What exactly does this mean? Let’s take a gander.

There’s a financial component to it: The Bengals are happy with Dalton’s contract.

Other options aren’t too great: Dalton might struggle, but there aren’t a ton of great alternatives.

Go quarterback in the draft: Cincinnati can look for a signal caller of the future in April.