Andrew Whitworth not ruling out a return to football 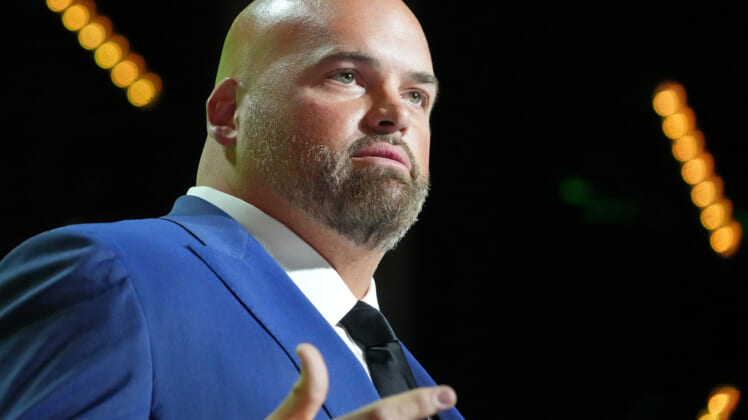 The last time we saw Andrew Whitworth on a football field, he was celebrating the Los Angeles Rams’ Super Bowl LVI victory. With rumors leading up to the game of Whitworth being ready to walk away from the game after 16 NFL seasons, few questioned the news once word of his actual retirement broke on March 15.

Yet, now that a few months have passed, we’ve heard of a couple separate instances in which Whitworth may be having second thoughts.

Could Andrew Whitworth come out of retirement?

The first time Whitworth spoke of potentially seeing if he could become a repeat Lombardi Trophy winner with the Rams, was when he revealed a conversation he had with his neighbor, who happens to be hockey great Wayne Gretzky.

“I’ll never forget after we won the game, ‘The Great One’ Wayne Gretzky called me, cause I live out here near him in Sherwood (California). He was like, ‘Hey Whit, there’s only one thing better than winning one, and that’s winning two.’ And I said, ‘You know what, I can’t argue with you.’ It’s gonna be tough. One way or another it’s gonna be a tough decision.”

Now we have another case of Big Whit not ruling out a return for his 17th season, even at the age of 40.

TMZ was able to get a hold of Whitworth recently and despite the 6-foot-7 lineman trying to escape the reporter, they were able to get a few answers out of the former Bengal and Rams left tackle.

Whitworth was asked if the Rams have talked to him about coming back for another year.

“You never say never. I did learn that,” he said with a smile.

He was already the oldest offensive lineman in the history of football a season ago, returning for another year would only put that record even further out of reach.

It’s worth noting, Whitworth has kept in shape and even continues to workout with his former teammates such as fellow linemen Joseph Noteboom and David Edwards over the offseason. Despite Noteboom being Whit’s expected replacement, blocking Matthew Stafford‘s blindside, “You never say never”.

Maybe we’ll see Whitworth come back later in the year, as Eric Weddle did in the postseason, returning to play for the Rams, getting a new Super Bowl ring on his finger.