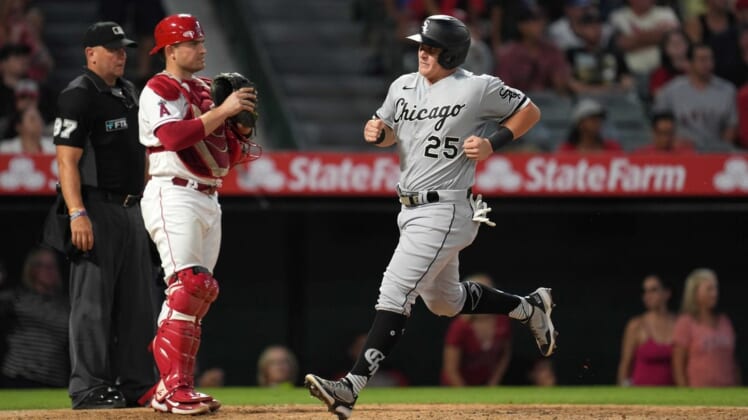 Two teams happy to flip the calendar from June to July hope to start heading in a positive direction when the Chicago White Sox and the host San Francisco Giants open a three-game interleague series Friday night.

The White Sox began June in second place in the American League Central at 23-24 but have fallen to third behind the Cleveland Guardians after going just 12-15 last month. They presently sit outside the playoff picture.

Vaughn, a Northern California native who was a standout at the University of California, will be playing his first games in San Francisco as a major-leaguer.

“I’ve been going there since I was old enough to go to a baseball game,” he said of San Francisco’s Oracle Park, which is located about 60 miles south of his hometown of Santa Rosa. “Great atmosphere. Tons of special players who were there. It was really cool to have that close to home.”

Vaughn, the third overall pick of the 2019 draft, would like nothing more than to blast a home run into the San Francisco Bay as he used to see Barry Bonds do.

“When you went and watched him hit, the whole stadium shut down,” the 24-year-old recalled. “It didn’t matter what was going on, what people were doing. They just stopped. That’s what people came to watch. People were there to see Bonds.”

Vaughn is scheduled to face right-hander Alex Cobb (3-3, 5.48 ERA) in the series opener. The two dueled in April 2021 in Anaheim, Calif., with Cobb, then pitching for the Los Angeles Angels, striking out Vaughn twice and getting him to ground out.

The game was just the second of Vaughn’s career.

Cobb has gone just 1-3 with an 8.34 ERA in five career starts against the White Sox.

Chicago is expected to kick off the series with righty Lance Lynn (1-1, 6.19) on the hill. The 35-year-old will be making just his fourth start since returning from a right knee injury.

Lynn has gone 1-4 with a 3.72 ERA in six career regular-season starts against the Giants. He also saw them a total of three times in 2012 and 2014 National League playoffs while with the St. Louis Cardinals, series that helped vault San Francisco to two championships.

Seeking a second straight postseason berth, the Giants went just 13-13 in June after a 27-21 start that had them in a playoff position. They begin July trailing the San Diego Padres, Atlanta Braves and Cardinals in the NL wild-card race.

The Giants are hoping the return of LaMonte Wade Jr. from a knee injury ignites a July surge. Playing for just the 11th time this season, Wade went 1-for-5 on Wednesday in San Francisco’s 3-2 home loss to the Detroit Tigers.